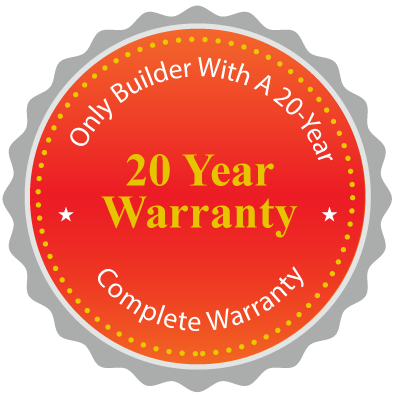 Gunite is pneumatically applied concrete that is ten times stronger than regular concrete.

An Ozonator creates Ozone (either by coronal discharge or UV lights) that is injected into swimming pool/spa plumbing where it mixes with water.  Ozone destroys bacteria, molds, and mildew, eliminates spores, yeast and fungus, deactivates virus and cysts, and will oxidize and destroy oils and other contaminates in water. Ozone will reduce or eliminate the need for high levels of harsh chemicals such as chlorine and bromine by as much as 90%, significantly reducing maintenance costs. Ozone aids in the removal of minerals such as iron and manganese. Ozone leaves no unpleasant chemical taste and is less corrosive than chlorine. Ozone dissolved in water will not irritate anyone’s noses or ears nor will it dry out or leave a chemical film on skin. Ozone does not affect the pH balance of water like traditional chemical treatment methods. Chlorine is still required at lower levels for proper sanitation because Ozone does not completely sanitize your swimming pool water.

Water is conducted through the UV chamber where it is exposed to the UV-C light band, also known as the germicidal range. At 253.7 nanometers, the light penetrates cell walls of bacteria, viruses and other microorganisms, altering the DNA or the RNA as in the case of viruses. This process inactivates cells so they are no longer able to replicate. A cell that can no longer reproduce is considered dead. Using UV-C is a chemical free disinfection method that can also deplete chloramines. Organic pollutants and chloramines (a disinfectant by-product of chlorine), often are the cause of odor detected in swimming pools and spas.

Ionizers typically consist of two electrodes, one anode and one cathode made of a proportion of copper and silver or titanium. These are placed in a chamber that is mounted in the existing water recirculation system. An electronic controller sends low-voltage, DC current to the electrodes. This voltage causes some atoms of the electrodes to lose an electron, turning these into positive ions. These ions attempt to flow from one electrode to another but instead, are carried to the pool or spa by flowing water in the filtration system. Since both copper, titanium and silver have algicidal and anti-bacterial properties, these ions sanitize the water while posing no threat to human health. This system is then coupled with UV and Ozone to sanitize the water further. This system requires little to no chlorine.

An ionic UV system incorporates the technologies of UV, Ozone and Ionizers to sanitize pool/spa water. Very rarely is chlorine or bromine needed with this system.

When the surface of the swimming pool becomes rough organic matter and algae can collect creating a condition that can deteriorate the pool surface by digging roots into the surface of your pool. Polishing the roughness out using special wet polishing machines and diamond pads helps extend the life of your swimming pools interior surface and helps prevent problems. This treatment is NOT made to replace new marble dust if needed. A full day minimum is required. This service requires pumping and cleaning and should be done every 3-5 years.

99.9% pure feed grade salt is added to a swimming pool. The salt water then passes through what's known as the cell of the generator. The cell unit, which is plumbed inline between the filter and the swimming pool, contains titanium coated blades which create a small electrical charge as the salt water passes between them. This creates chlorine through a process called electrolysis, which is then returned to your swimming pool.

Whenever you have different metals (copper, brass, stainless steel, etc.) in a saltwater swimming pool you create an ion transfer. The electrons that make up the ion current are supplied by one of the metals, by giving up bits of itself in the form of metal ions to the swimming pool water. This is called galvanic corrosion. Galvanic corrosion causes plaster discoloration and metal erosion (blueish stains if copper).

The best way to inhibit the effect of galvanic corrosion is to use a sacrificial zinc anode. Zinc is a metal that gives up its metal ions faster than other metals in the swimming pool. In other words, the zinc anode will erode instead of other metals (pool light, rails, heater, light niche, ladder, etc.). The zinc ions will not discolor the pool plaster. The sacrificial zinc anode should be replaced after half of it has been eroded. The sacrificial zinc anode is attached to the to the plumbing and a bonding wire, thereby providing protection to all metal parts (heaters, lights, rails, etc.) from galvanic corrosion. Zinc anodes need to be replaced approximately every season. Every saltwater pool should have a sacrificial anode installed.

A variable speed pump uses a TEFC motor. This type of motor uses rare earth magnets. These motors run much cooler than a typical motor which means less wasted power. Additionally, these motors can be run at different speeds allowing for significant reduction in power consumption. If you run a motor at half the speed/horsepower of normal you will use 1/8 the power. Since you are running at half speed you will need to run the pump twice as long to filter the same amount of water. Thusly saving 75% of the power you were using before. This 75% saving coupled with the energy efficiency of the rare-earth magnet TEFC motor can save as much as 90% of the energy previously consumed.

A Mineral Purifier uses natural minerals to trap bacteria and algae, reducing the need for chlorine or bromine to keep your pool or spa water sanitized.